Many battles in the War of 1812 played out on these shorelines but the history of significant military engagements happening here goes back even further! Learn some lesser-known but important parts of American history at these sites. 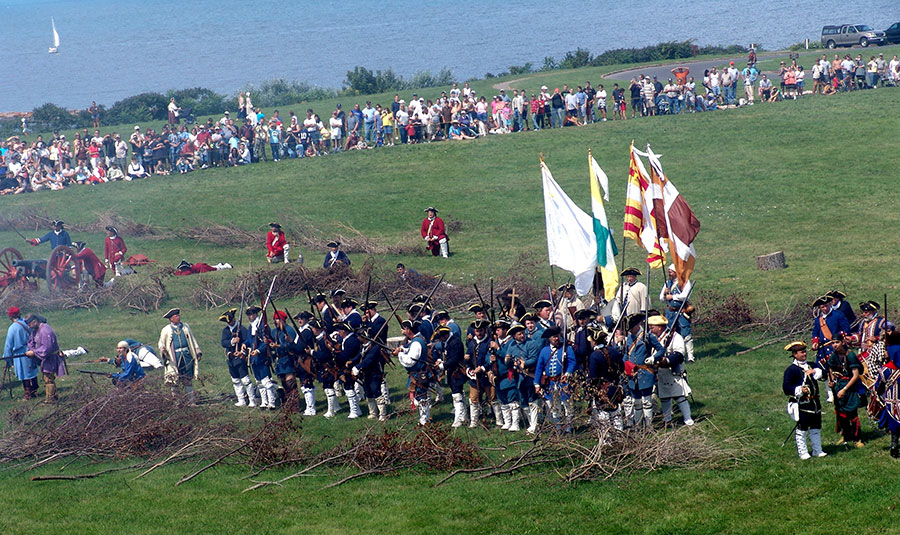 Fort Ontario State Historic Site is known as the “Guardian of the Northern Frontier.” Fort Ontario was attacked, changed hands, and rebuilt during the French & Indian War and War of 1812, and was the object of the last American military campaign during the American Revolution. The first fortress was built on this site in 1755; the present fort offers an insider’s look at U.S. Army life in the 1860s. During World War II, Fort Ontario was the site of the only U.S. refugee center for Holocaust escapees. Artifacts and interpretive displays cover the entire history of this significant site. 1 E. Fourth St., Oswego, NY. 315-343-4711 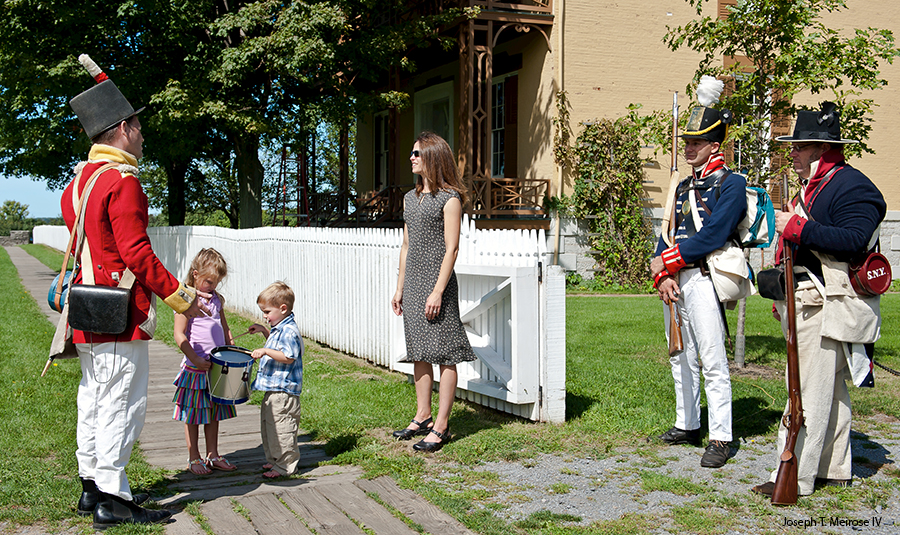 Sackets Harbor Battlefield at the Northeast end of Lake Ontario hosted two battles during the War of 1812. Sackets Harbor became the center of American Naval operations to the north during the war. As a shipbuilding location in close proximity to now-Canada, the site was vital to defending the U.S. Thousands of soldiers, sailors and mechanics were housed and stationed in Sackets Harbor to defend the U.S. and prepare attacks to the north. Today, the field is preserved and the site is home to exhibits, interpretive signage, a restored 1850s Naval Yard and Commandant’s House. Sackets Harbor, with its military cemeteries, historic barracks and battlefield is a true treat for U.S. military history buffs.  504 W. Main St., Sackets Harbor, NY. 315-646-3634

Fort de La Presentation is an archaeological site of historic significance along the St. Lawrence River in Ogdensburg. Originally settled as a French mission, it was latter fortified as the French sought to preserve their presence on the Upper St. Lawrence. Following the French & Indian War, British forces eventually took over, controlling the land until the now U.S.-Canadian border was redefined. Today the site is on the U.S. National Register of Historic Places and contains the remains of several different portions of the site’s history. Rt. 68 and Downtown Arterial, Ogdensburg, NY. 315-394-1749

The Gilded Age left a lasting impression on the Seaway Region. The late 1800s and early 1900s were a heyday for the region, when industrialists from major cities treated this area as their playground. Today’s visitors can explore monuments to this period. 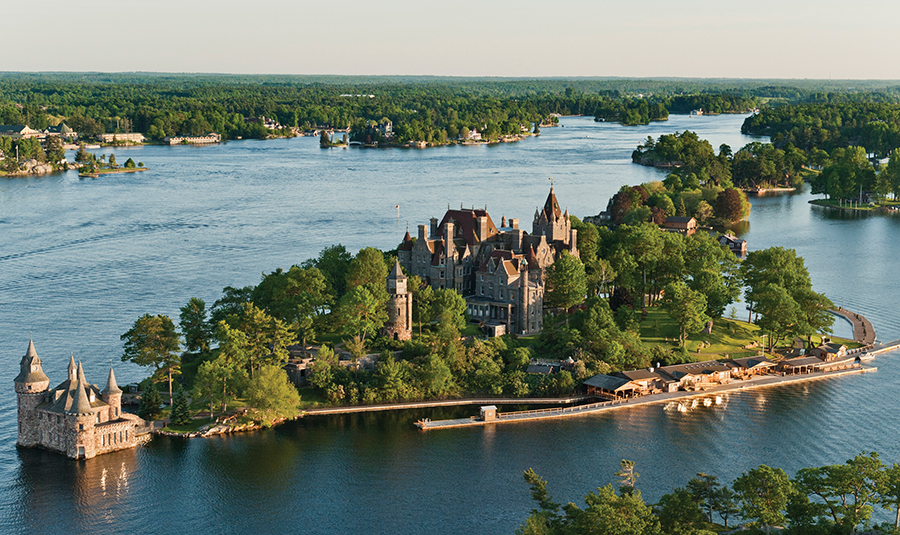 Boldt Castle is one of the region’s most popular stops. The 120-room, six-story island castle was built as a monument of love by a European immigrant who rose to be a part of New York City’ high society at the turn of the century. Sadly, his beloved wife died before he could gift it to her. Today’s visitors learn how it was abandoned for more than 70 years and marvel at its restoration. Service to the castle is provided by boat cruise companies. Heart Island, Alexandria Bay, NY. 315-482-9724 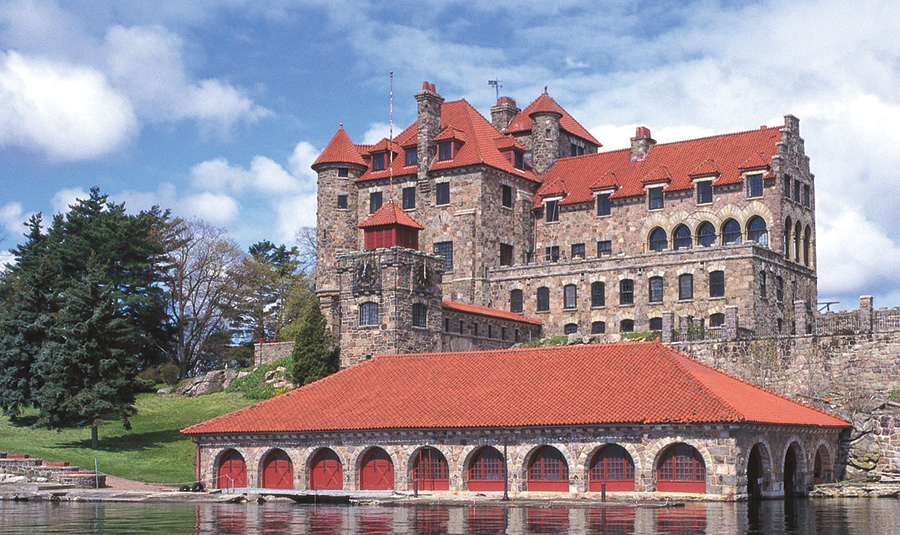 Singer Castle was actually lived in, unlike its neighbor Boldt Castle. Frederick Bourne, head of the Singer Sewing Machine Co. had the castle built as a retreat, where he and his family gathered to relax. Visitors today can see medieval decor, secret passageways and …stay overnight in the Royal Suite! Dark Island Chippewa Bay, NY. 315-324-3275 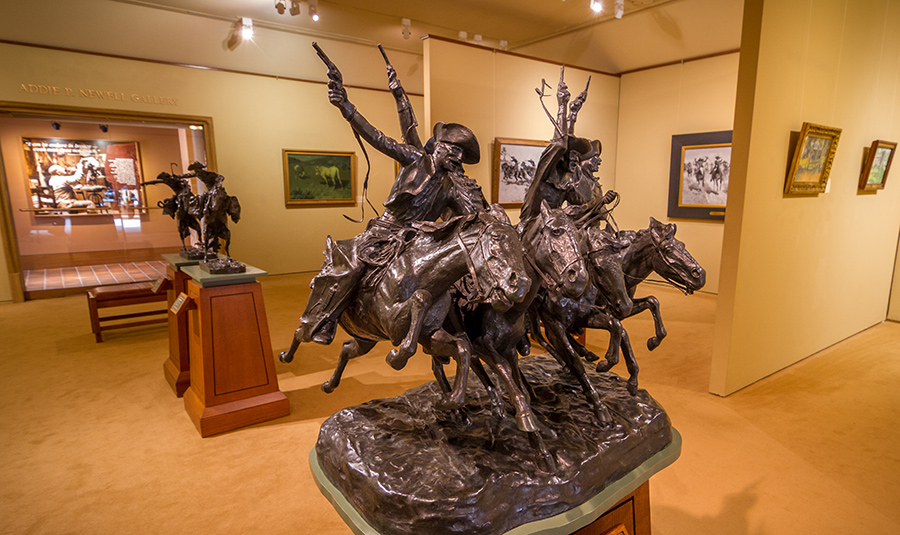 One of Frederick Bourne’s contemporaries was famed American artist and regional native Frederick Remington. The Frederic Remington Museum, Ogdensburg, displays art work by Mr. Remington and from the era. It’s here that you’ll find his famed bronze sculptures that have had such lofty perches as the U.S. White House. 303 Washington St., Ogdensburg, NY. 315-393-2424

The Antique Boat Museum in Clayton has galleries overflowing with more than 300 unique and beautifully preserved wooden and classic boats and thousands of recreational boating artifacts, many typical of those used by the Gilded Age during their heyday in the region. 750 Mary St., Clayton, NY. 315-686-4104 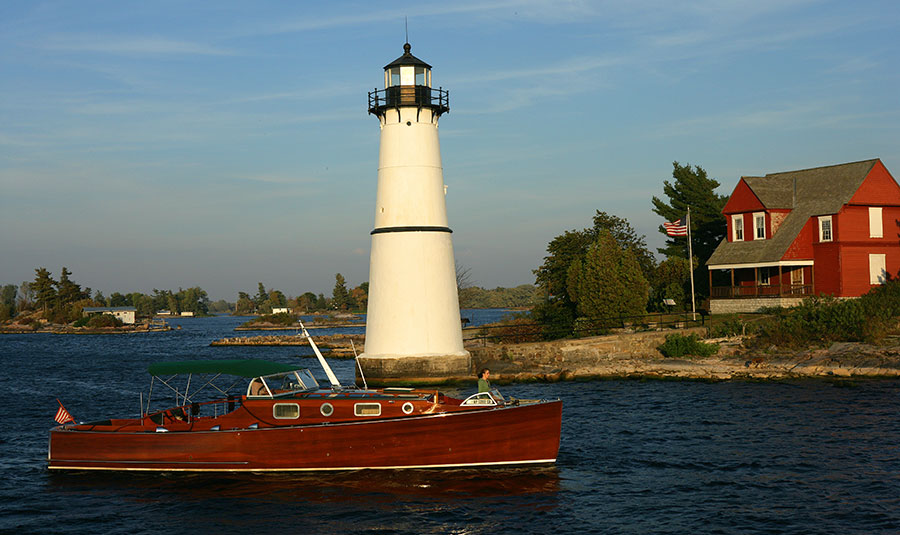 Lake Ontario and the St. Lawrence River are rich with maritime history. From iconic lighthouses in Oswego and Jefferson counties to the Antique Boat Museum in Clayton and H. Lee White Maritime Museum in Oswego, there are plenty of locations to learn about the region’s rich history on the water. 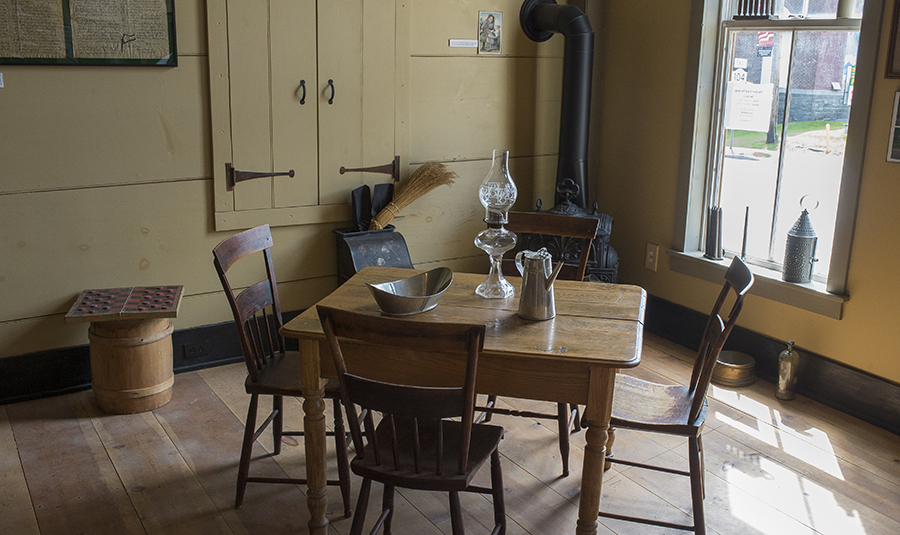 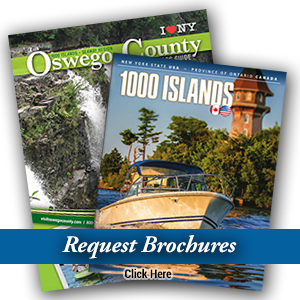